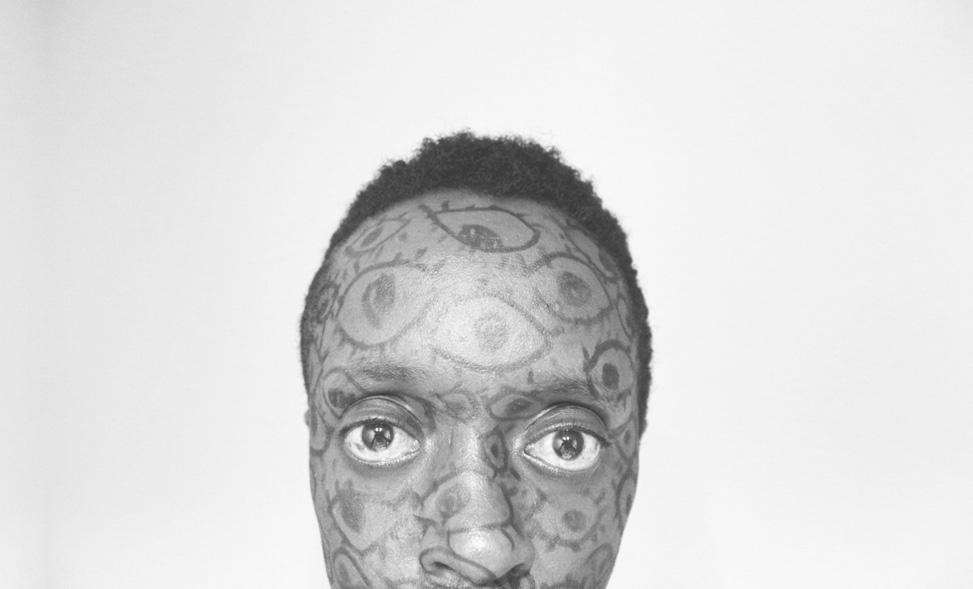 LOOKING ON THE BRIGHT SIDE

The space that is occupied by the urban environment in the works of Evans Mbugua is reflected by the presence of pictograms in form of motifs which fill the entire surface. These playful surfaces saturated by the accumulation of motifs, alternate between plenitude and emptiness, transparency and opacity, shadow and light. The artist has been collecting pictograms since 2004. “I weave them digitally, a reminder of traditional patterns which adorn the body and which often served as a means of communication. These motifs composed of pictograms, are the basis of my creative process whose aim is to create a universal language.”

The human figure occupies a central place in his resolutely figurative work. He draws his subjects from his own lived experiences. The major themes he addresses are hope, audacity and joy. Hence the energy and vitality that emanate from his artworks. It’s a bias that the artist conceives as a response to the complexity of reality, an alternative to the sad news conveyed by the mainstream media. Always striving to look on the bright side, seems to be his leitmotiv yet this does not prevent him from being lucid about the reality of the world in which he lives.

Interested by the complexity of human relationships, Evans makes works which question how one situates themselves within an ever-evolving society, culture and environment. He uses storytelling to document moments of life including hope, audacity and resilience. He explores ideas around self-worth and the possibilities these communal reflections can offer as an examination of our present and as potentialities of our future.